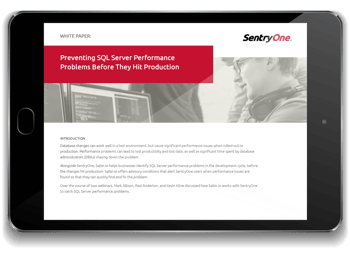 Database changes can work well in a test environment but cause significant performance issues when rolled out to production. Performance problems can lead to lost productivity and lost data, as well as significant time spent by database administrators (DBAs) chasing down the problem.