The webinar has passed, please fill the form to access the recording.

In our previous webinar, we showed how the use of SentryOne in conjunction with a DevOps process can help prevent shipping performance problems to production. In this webinar we will be showing how you can:

This allows us to automatically fail releases based on poor performance as captured by a baseline in downstream environments, and that information in the release tool so that a release manager can understand why a release in the pipeline was marked as failed. This will typically be things like high CPU, logical IO, missing indexes, or deadlocks. 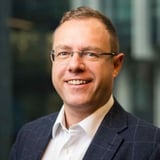 Mark Allison (@dataguzzle) is a DevOps Data Engineer working for Sabin.IO. Mark started on SQL Server 4.21 on OS/2 Warp :D, and has worked on every version since, including 2017 and Azure. He has worked as a DBA, a database developer, architect and now Devops Engineer. He received MVP award for SQL Server between 2002-2006. 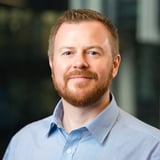 Paul Anderton (@sqlpanders) is a Microsoft Certified Master (MCM) and currently works as a Data Consultant for Sabin.IO. He has over 17 years experience in the IT industry, starting as a Network Administrator before becoming a SQL DBA, focusing on SQL Server for the past 14 years. His roles include Production DBA, Development DBA SQL Developer and worked with SQL Server since SQL Server 7.0. He also runs the Manchester SQL Server User Group and SQL Saturday Manchester.

Kevin (@kekline) is responsible for expanding SentryOne technical sales and marketing initiatives and is also involved in product design activities. He is a founder and former president of PASS and the author of popular IT books including SQL in a Nutshell. Kevin is a renowned database expert, software industry veteran, Microsoft SQL Server MVP, Google Author, and long-time blogger at sqlblog.com and at kevinekline.com.